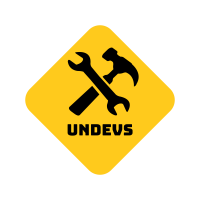 Well, hello everyone! I hope everyone is doing great, so after my first blog on exploring and trying to understand LLVM-IR, which was basically an outcome of a conversation at a discord server of Rust Language, similarly this is also an outcome of a private conversation which was focused on feedbacks regarding my blog, I would like to thank x0r19x91 for actually provoking my monkey brain with the fact that Golang doesn’t use LLVM based optimizer, rather Go has it’s own compiler which has it’s own optimizer which works in SSA behind writing this blog and exploring the GOLLVM Compiler and the Go compiler, and their respective IRs. Before getting started would definitely like to include this that GoLLVM is currently in development as per these docs & I am not a subject matter expert when it comes to compilers, please feel free to correct me, I would be happy to receive positive criticism.

So, before moving ahead to the original blog I would like to include few basic understanding regarding LLVM , what’s LLVM IR?, what’s an optimizer?. In extremely simple words LLVM is a compiler framework which priovides a target independent optimizer, static single assignment based compilation strategy capable of supporting both static and dynamic compilation of programming languages. Now what’s an optimizer? Basically, it is a way to improve the Intermediate Code in order to increase the speed and performace of the program without altering the meaning of the program, also the process of optimization should not delay the compilation process. Now, you might be curious like aren’t like Optimizations are of different types, Well, yes the different types of optimizations are :

Here, in the above original code, the value of 3sin(x)/2cos(x) is being calculated multiple times, it is taking more time, everytime the loop runs till end, so why not just move that part of code from the loop which is a high frequency zone to outside of the loop to low frequency region and store the value inside a variable and then perform multiplication operation which definitely saves time. Then after this we go ahead to another method of loop optimization that is Loop Unrolling where the number of comparisions are decreased, after optimization is performed, let us understand it this way:

Here, in the very first code, where the comparision happens 10 times and loop condition is checked 10 times, in the exact other loop the loop condition is checked 5 times. Other one technique for loop optimization is loop jamming where the optimization works by reducing the number of loops of the high level program. Now moving ahead to other machine independent optimization techniques, we are now at Folding where an expression should be reduced based on the fact that they can be easily calculated at the compile time by the it’s value. Let us understand it this way:

A+B+1+2+3+4+C this can be easily folded to A+B+C+10 where four expressions were ommited, now moving ahead to the last topic of machine independent optimization that is redundancy elimination which simply focuses on omitting re-writting of expression, for an example:

Above in the very first set of expressions the N+O which is already equivalent to M is re-written, but in the next case, it is replaced with just M . So we saw a few cases of optimization and how it happens now moving on to the last part of our quick recap section that is what actually is an IR or intermediate representation , we can just simply understand it as representation somewhere between source and target language. You can learn more about IR in my previous blog and from this site. 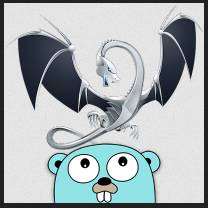 Well going with the documentation and available information online at blogs and papers, would say GOLLVM is a compiler based project which uses the LLVM infrastructure, It incorporates “gofrontend” (a Go language front end written in C++ and shared with GCCGO), a bridge component (which translates from gofrontend IR to LLVM IR), and a driver that sends the resulting IR through the LLVM back end. this is a sub-project of llvm, now lets set up an environment to move ahead.

With the help of the above steps we would be able to set up the environment now lets build the gollvm & get it running . As Gollvm is under development we dont have any pre build gollvm binary, we need to build it with the help of cmake and ninja.

before building this make sure you have updated version of cmake and ninja.as well as a C/C++ compiler (V10.0 or later for Clang, or V6.0 or later of GCC), and a working copy of ‘m4’. lets first create a build directory and keep it seperate from the llvm-tree.

Now lets use the installed copy of gollvm to run a go program but before that we Programs build with the Gollvm Go compiler default to shared linkage, which means that they need to pick up the Go runtime library via LD_LIBRARY_PATH, so lets first set the path and run it:

Now, after installing and getting LLVM to work, let’s try to write and compile a simple Go Program:

Great, we finally got it working!

You may also enjoy

Trying to fit that x64 in one

Why this guide? A few days ago prior my college exams, I decided to make personal notes for x64 assembly, although I did, thought to make a small blog on al...

A Journey to understand LLVM-IR!

Why trying to understand LLVM-IR So, a few days ago I saw some tweet saying about Reversing a Rust binary claiming it as a pretty tedious task, indeed it ...

Undevs is a small group made by two uni students who do programming and reverse engineering.